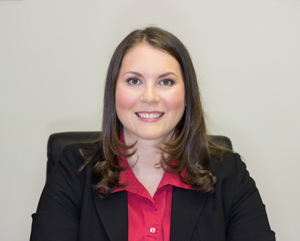 Columbia Bankruptcy Attorney Colleen Brunson has been practicing in South Carolina since 2004.  She represents consumer debtors in Chapter 7 and Chapter 13 cases.  Colleen graduated from the University of South Carolina, cum laude, with a BS in Marketing and Management in 2000.  After a year of living and working in Folly Beach , she decided to apply for law school.  She graduated from the University of South Carolina School of Law in 2004.  Colleen was a member of Women In Law and the Southeastern Environmental Law Journal.  While in Law school, Mrs. Brunson worked as a clerk for criminal cases at the South Carolina Department of Revenue.

After being sworn in as an Attorney Mrs. Brunson began representing SC debtors at Moss & Associates, Attorneys, PA (formerly Moss & Reed) in November 2004 .  There she worked on Chapter 7 and Chapter 13 bankruptcy cases.  She left in January 2012 to start her own firm, Brunson Law LLC.  She is a member of the American Bankruptcy Institute, South Carolina Bar, International Women’s Insolvency and Restructuring Confederation, and the South Carolina Association for Justice.  She is currently serving on the board for the  South Carolina Bankruptcy Law Association.  Mrs. Brunson was a speaker at the South Carolina Bankruptcy Law Association’s seminar in May 2011 and served on the 2012 and 2013 Seminar Committee.  She has an AV Preeminent Rating from Martindale-Hubbell based on peer reviews.  This is the highest possible rating in both legal ability and ethical standards that an attorney can receive. Colleen Brunson resides in Columbia, South Carolina, with her husband Sonny and their two dogs.  Her office is located in downtown Columbia and she is happy to offer free initial consultations and after-hours or even weekend appointment times.  If you need a Columbia Bankruptcy Attorney, call 803-403-1955 and speak with Colleen Brunson today.